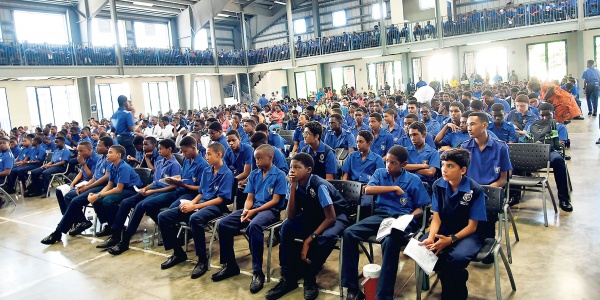 Weeks ago, Jamaica College celebrated its annual Achievement Day under the theme ‘Striving for Excellence’. Students and parents filled the Karl Hendrickson Auditorium in anticipation of what their schoolmates and child/children had accomplished during the last academic year.

“This year, we wanted to recognise the high-achieving college men in all areas of school life, not just academics, but other socially impactful areas. At the end of the day, we want the ceremony to inspire all the boys to do their best,” said principal Wayne Robinson.

The event commenced with the entry... read more

Rev Swaby would be proud 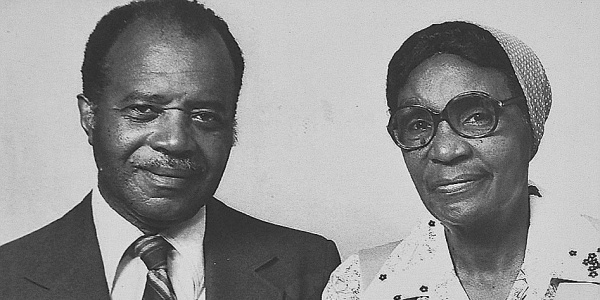 A photo of Iona’s founders, the Reverend Herbert Swaby and his wife, Gwendoline.

When presbyterian Minister the Reverend Herbert Swaby and his wife, Gwendoline, founded Iona High and Prep schools in Tower Isle, St Mary, in 1949, the vision was to establish a nurturing environment mainly for boys. In January 2019, when celebrations begin for the school’s 70th anniversary, the administration will no doubt look back and see how far the instution has come – from four students at the start, to 840 currently on roll .

“Reverend Swaby would have been proud,” suggested... read more 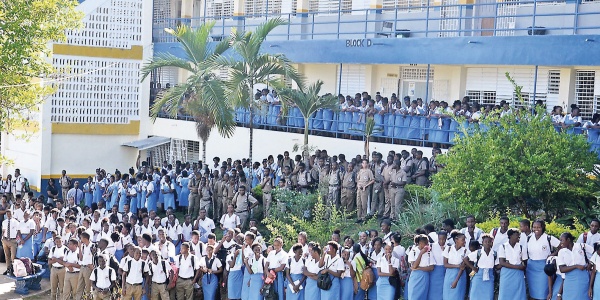 This is a section of the student body at devotion.

It says a lot for a school when the student population grows at a much faster rate than the school can afford to build classrooms, and that is exactly what is happening at Iona High School in Tower Isle, St Mary. When Presbyterian minister, the Reverend Herbert Swaby, and his wife, Gwendoline, founded Iona High and Prep schools in 1949, the high school started with four students. It was the same year that Abe Issa built the first hotel on Jamaica’s north coast, the Tower Isle Hotel (now Couples Tower Isle), located just... read more 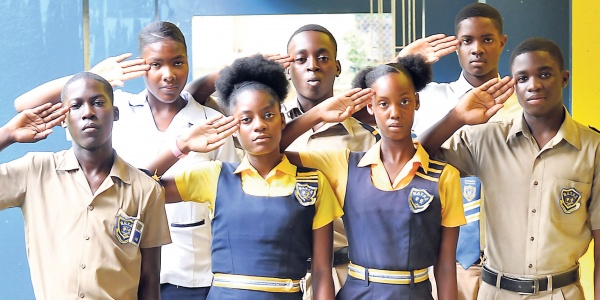 A few members of the cadet team.

Even in inclement weather, Youthlink ventured to the parish of St Ann to distinguish Marcus Garvey Technical High School from all other high schools in Jamaica.

When it was established as St Ann’s Bay Junior Secondary in September1971, there were 14 teachers, and 780 students were enrolled from grades seven to nine. In the early years, much emphasis was placed on the self-help projects and, as a result of this initiative, many developments were put into place, where infrastructure was concerned. By 1975, a shift system was introduced; the school population had grown tremendously and... read more

Governor General Sir Patrick Allen (centre) and Lady Allen (10th right), along with recipients and sponsors of the Summer of Service awards during the presentation ceremony at King’s House on Tuesday, August 21.

Twelve tertiary students received more than $5 million in scholarships and grants at King’s House as part of the governor general’s Summer of Service programme under the I Believe Initiative.

The students, who are enrolled in institutions such as the University of the West Indies, the University of Technology, the Caribbean Maritime University and College of Agriculture, Science and Education, were awarded through the competition, which recognises students for outstanding voluntary work undertaken during the summer holiday period. 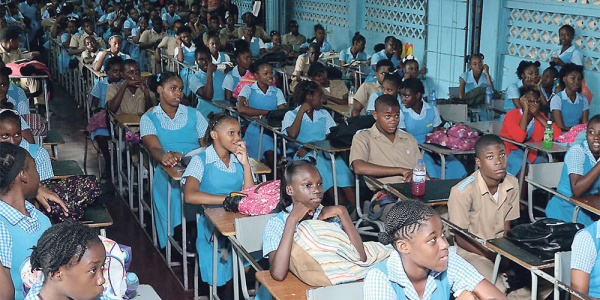 Lacovia High School students listen to Founder and Creative Director of Sankofa Arts & Facilitation, Fabian Thomas (not pictured), speak about the importance of employing refusal skills as one of the lessons learnt from ‘The Movement’, a live theatrical play discouraging underage drinking through ‘edutainment.’

In the face of what is often intense peer pressure, several students at Lacovia High School in St Elizabeth say they are determined to wait until they are of the right age to consume alcohol. Their commitment followed a presentation from The Movement, an engaging live theatre production that discourages alcohol consumption among persons under 18.

“The play was vibrant, as it drew everyone’s attention. The actors made me learn a lot, such as surrounding yourself with the right people so that you do not get drawn into bad peer pressure,” said Tobi-Kay Lyn, a grade-eight student at... read more 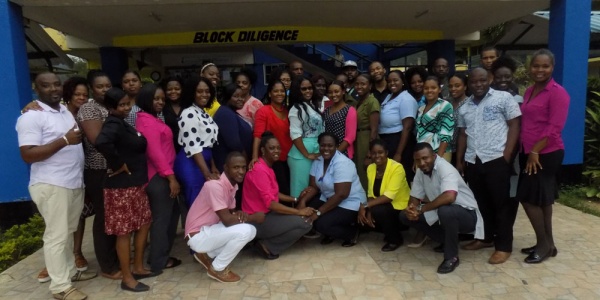 Taking its name from the St Catherine community in which it is located, the Ewarton High School is in the Youthlink spotlight this week, as we present all that we’ve found in a very recent visit.

If there is ever a school that has so many things going on that the photographer for this review was happily kept busy the entire visit, it’s this one! Ewarton High prides itself on the social and extra-curricular involvement of its students with a host of clubs such as 4H, Science Club, Dance Society, Girl Guides and others... read more

Mona High School: IN THE SPOTLIGHT 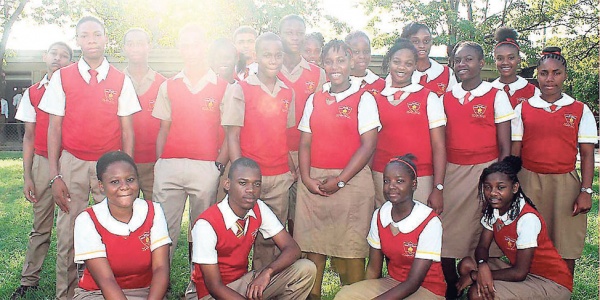 The students who were inducted into the Honours’ Society, boasting averages of over 90.

Mona High School has been making a lot of strides lately and are now reaping the rewards from the hard work of its stakeholders. This is most evident with the balanced lifestyle that it promotes to all its students.

The school participates in a host of ISSA sports, such as netball, football, hockey, track and field, and table tennis. The sporting fraternity has done well with much emphasis on hockey, where they have won the last three
tournaments with Imani Linton, who was instrumental in assisting the Jamaican senior hockey team to... read more

YCDI (Youth Can Do I.T) Girls in ICT Day launch 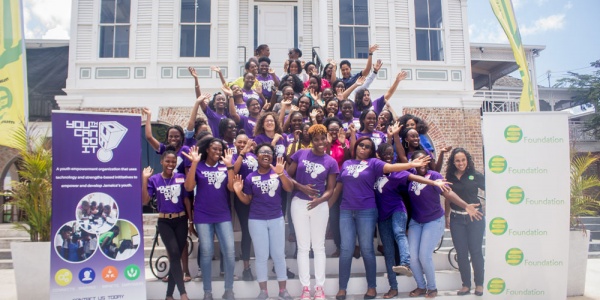 This was a separate event held on Girls in ICT Day. It is a one-year mentoring pilot programme that aims to expose girls to the most versatile and fastest-growing industry in the world. To equip and educate them with technical skills sets to become employable, innovative and creative change agents to problems that they see and are faced with; and, to empower them to take a more active approach to their goals and dreams.

Seven exceptional female ICT professionals from Digicel are among the over 30 mentors who have signed for 1-year mentorship of the young women who are mainly... read more

BATV LEAVES A MARK WITH READ ACROSS JAMAICA DAY 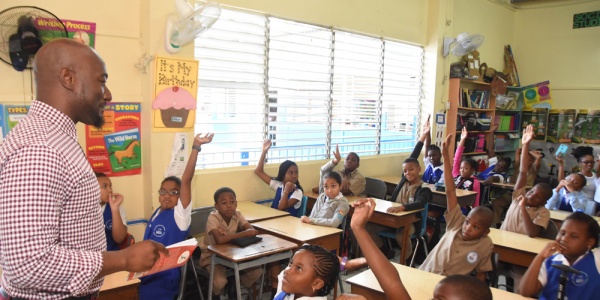 Kingston, Jamaica - May 8, 2018 - Read Across Jamaica Day is a national literacy initiative formed to foster a love of reading in children in Jamaica and across the Diaspora. The Caribbean’s only all business channel, Business Access TV, seeing this as a critical part of youth development, participated in the initiative on Tuesday May 8th at the Stella Maris Preparatory School. Garth Walker Managing Director of BATV, engaged the students in an interactive session.

Since its inception in 2003, Read Across Jamaica Day has provided many opportunities for young children to be... read more